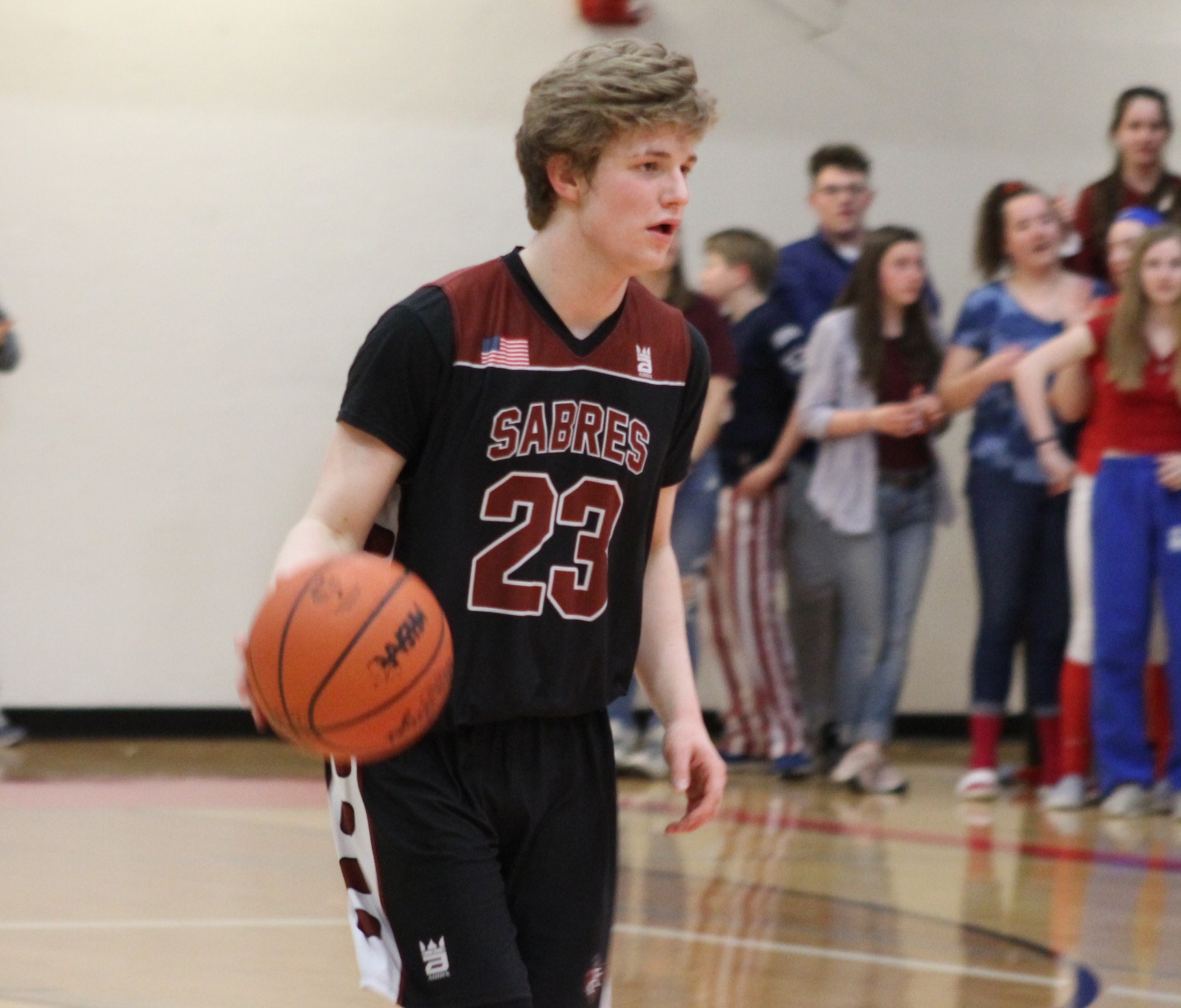 The Traverse City Christian Boys Varsity Basketball team played a strong first half but ultimately Lake Leelanau St. Mary’s outside shooting was too much as the Sabres fell 73-53 in the Class D District Semifinals at Suttons Bay. The Sabres trailed 15-10 after the 1st quarter with the Eagles scoring all of their points on 3-point shots. Brock Broderick scored 10 points in the 2nd quarter as the Sabres were about to head into halftime trailing only by 1 point until the Eagles hit a half-quart shot at the buzzer to take a 4 point lead 34-30 and momentum into halftime. The Sabres offense could only muster 9 points in the 3rd quarter as the Eagles built a 12 point lead heading into the 4th and pulled away down the stretch. The Sabres were led by Brock Broderick with 20 points, Levi Belanger added 12 points, 6 rebounds and 4 steals, and Elijah Mleko also scored 12 points and grabbed 6 rebounds as well as dishing out 3 assists. Simeon Popa added 6 points and 5 rebounds while Jeremy Hansen pulled down 3 rebounds. The Sabres finished the season 6-15.