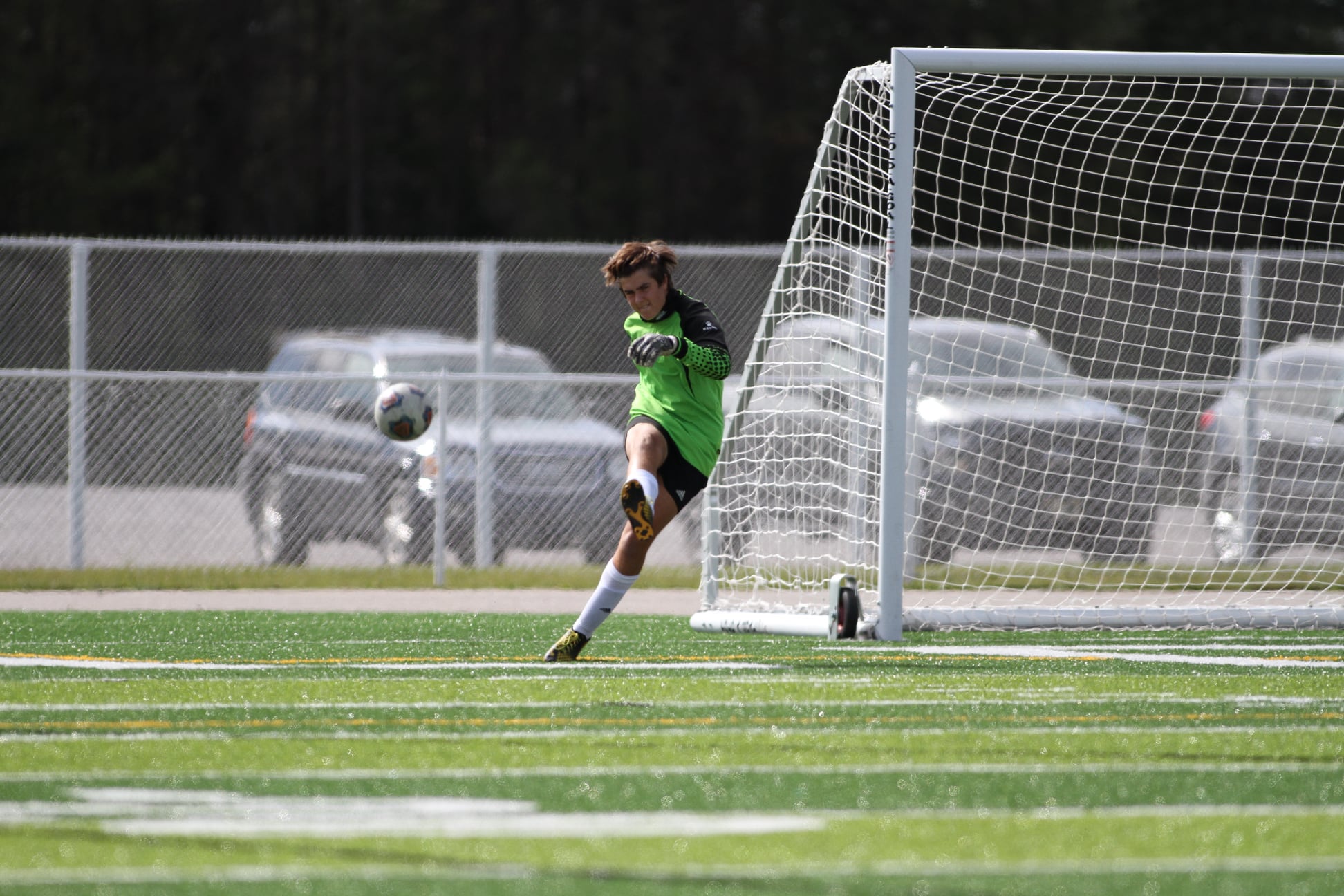 The Sabres hit the road for the first round of District Tournament action tonight in Harbor Springs. The Sabres wasted no time coming out to a 3-0 lead in the first half, thanks to some nice goals by Cole Wierda (1) and Marcus Rysztak (2). In the second half, Preston Jaworski added the 4th goal to seal the deal for the Sabres

The Sabres advance to the District Semifinal and will play the winner of the Boyne City/Grayling game. The Semifinal game will be on Monday, October 19. Time and location TBD.