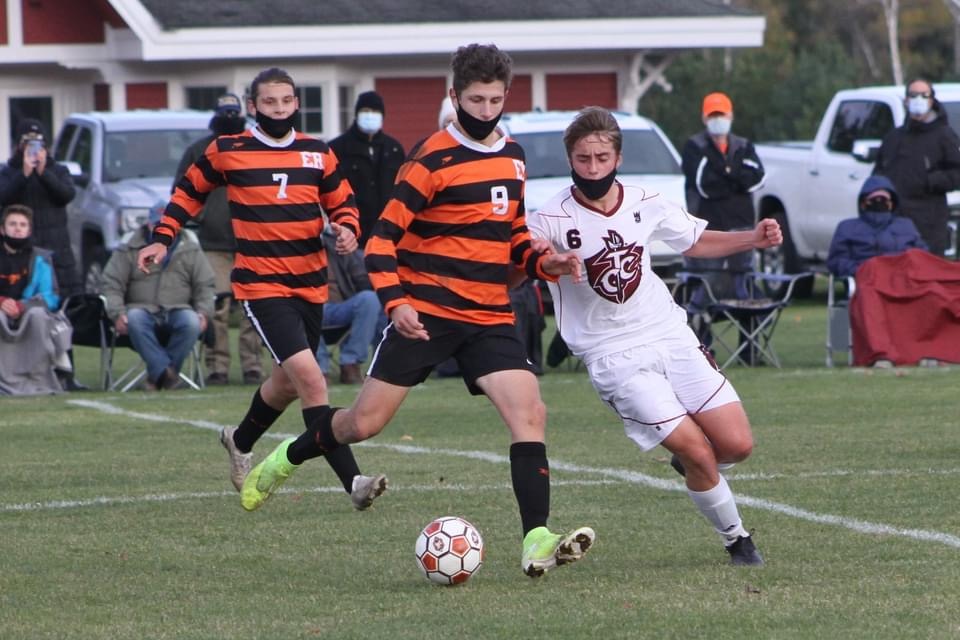 The Sabres came up a tad short in a very close District Championship game on Wednesday night, losing to #3 ranked Elk Rapids. The score stayed 0-0 for most of the game until the 8 minute mark when Elk Rapids punched in the only goal of the evening.

The Sabres had a remarkable season finishing with a 16-3-2 record and ranked #9 in the State in Division 3. The Sabres scored an impressive 103 goals on the season and only allowed 11. 103 goals earns them a spot in the MHSAA record books as #33 on the All Time list for most team goals in a season in Michigan High School Soccer. 11 goals allowed also earns them a top 30 spot on the MHSAA record books for fewest goals allowed in a season

Thanks for a great season Sabres. We are so proud of you!