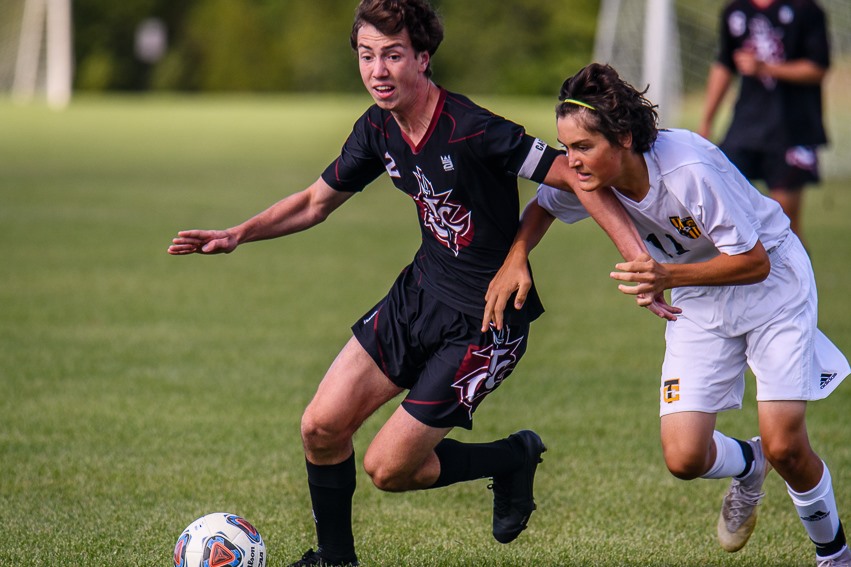 The Sabres soccer team faced off with undefeated TC Central on Thursday night. This was the first time meeting between the two teams. As anticipated, it was a close game all evening.

The first half ended with the score at 0-0. It wasn’t until the second half with 17:40 left in the game, where Henry Reineck was able to find the back of the net for the Sabres to give them the 1-0 lead. The Sabres defense continued to hold off the Trojans but with 7:40 left in the game, Everest Noyse blasted a shot over keeper Kobe Kolarevic’s (8 saves on the night) hands to even it up 1-1.

The game ended in a draw 1-1. That brings the Sabres record to 4-1-1. The Sabres are back at it on Tuesday, September 8th as they travel to take on Elk Rapids. Game time is 7pm.