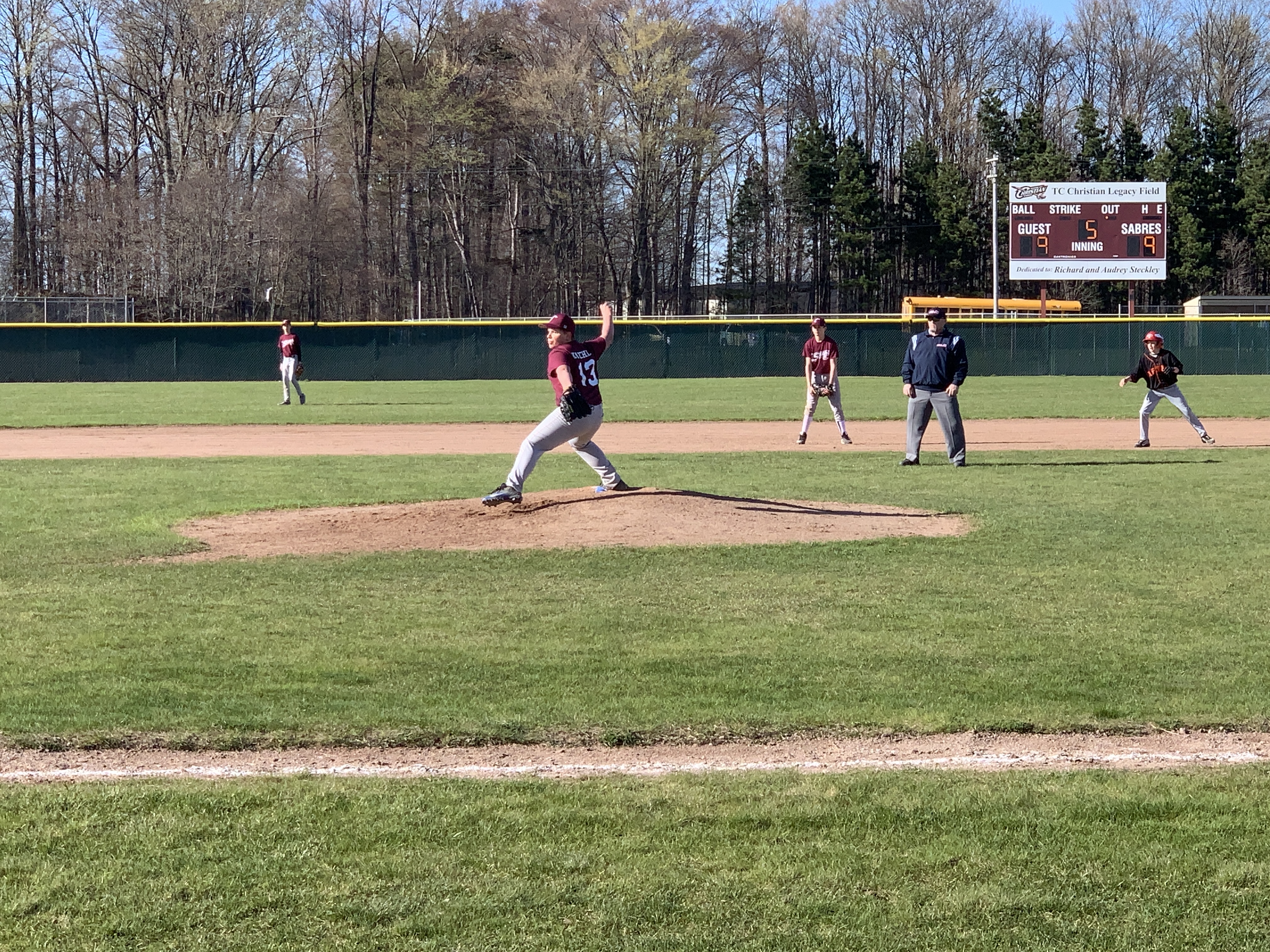 In Game one of a double header with Mesick, Sabres Greyson Spinniken pitched 4 strong innings, striking out 4 and contributing 3 hits from the plate himself – scoring 1 run. Carter Blodgett also had a really nice hard hit single and scored a run. In the end, the Sabres lost a hard fought game 9-11.

In Game two the Sabres bounced back with a solid win over Mesick 9-8. Hudson Hula started his first career game as a pitcher – striking out 4! James St. Peter went 2-3 with a single and a long triple. Sabers won the game on walk off passed ball with the bases loaded. Our last at bat we had 6 hits – 4 singles, a double and a triple!

The boys are back in action on Thursday as they host Manistee in a double header. First game starts at 4:00.