The results of this weekend’s MHSAA Regional Bowling Tournament marked more firsts for the Traverse City Christian bowling program. The first, first – both the Girls and Boys teams qualified for the State Finals. The lady Sabres finished 2nd in the Region becoming one of the top twelve division 4 girls teams in the State of Michigan. Ella Wendel’s 238 game and Rebekah Burch’s 200 were tops for the girls. Ella also averaged 183 for her four-game block finishing 3rd overall in the Region, earning a trip to the State Singles Finals for the second year in a row. Four of the five TCCS girls bowlers finished in the top 15 of the Region.
The other first, was the first Boys Regional Championship. It was close all day for the boys but the Sabres finished with a 912 their last game to vault into 1st place. The Sabres were led by Hunter Haldaman’s 237, 221 and 202, Adam Rasmussen’s 209 and Jeremy Hansen’s games of 204 and 202. Jeremy and Hunter both qualified for the State Singles Finals. Jeremy finished in 3rd place and Hunter was the Regional Singles champion for the 2nd consecutive year. The Sabres placed four bowlers in the top half of the Region.
The teams will travel downstate for this weekend’s MHSAA State Finals at the Super Bowl in Canton, MI. 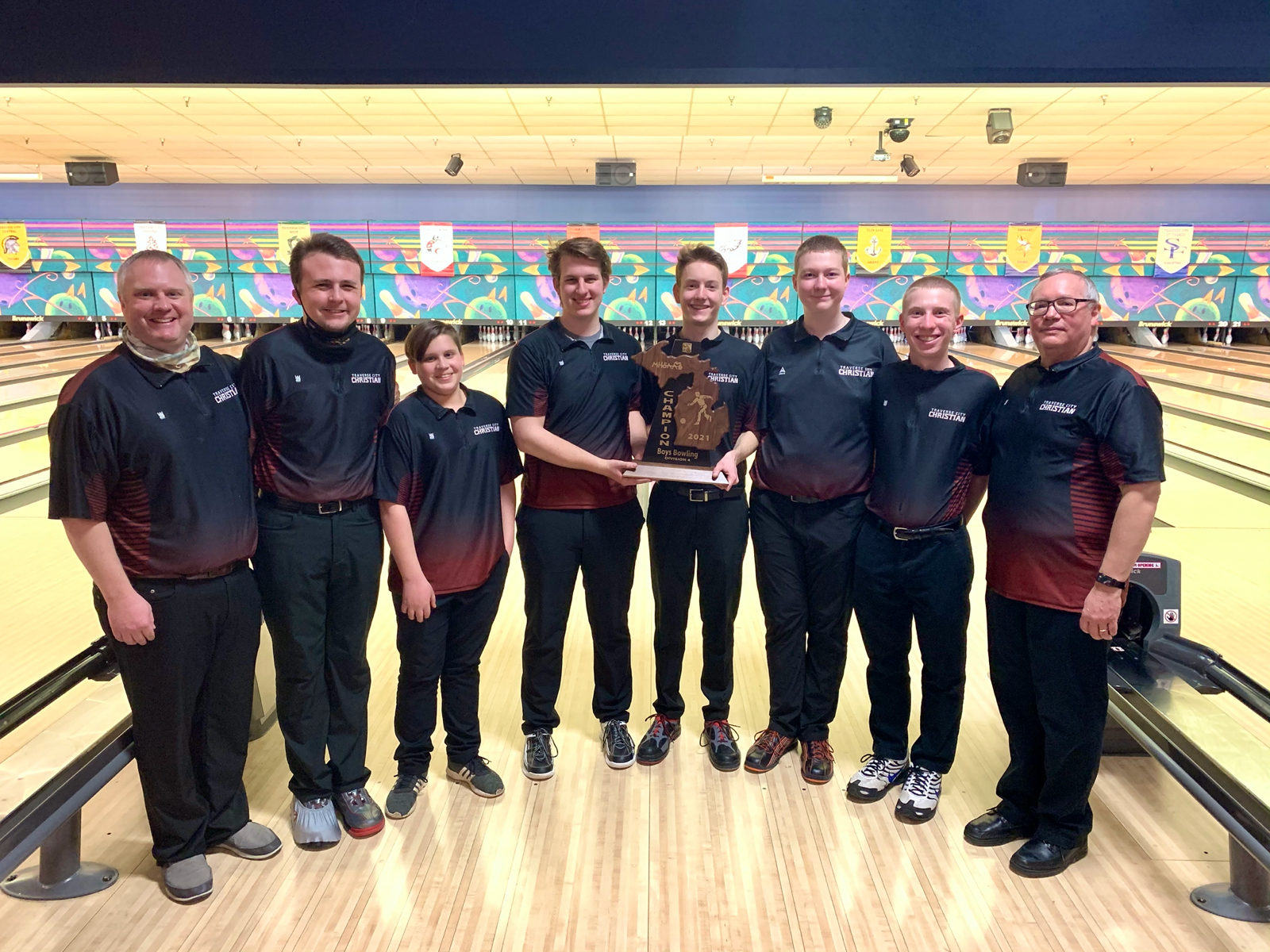 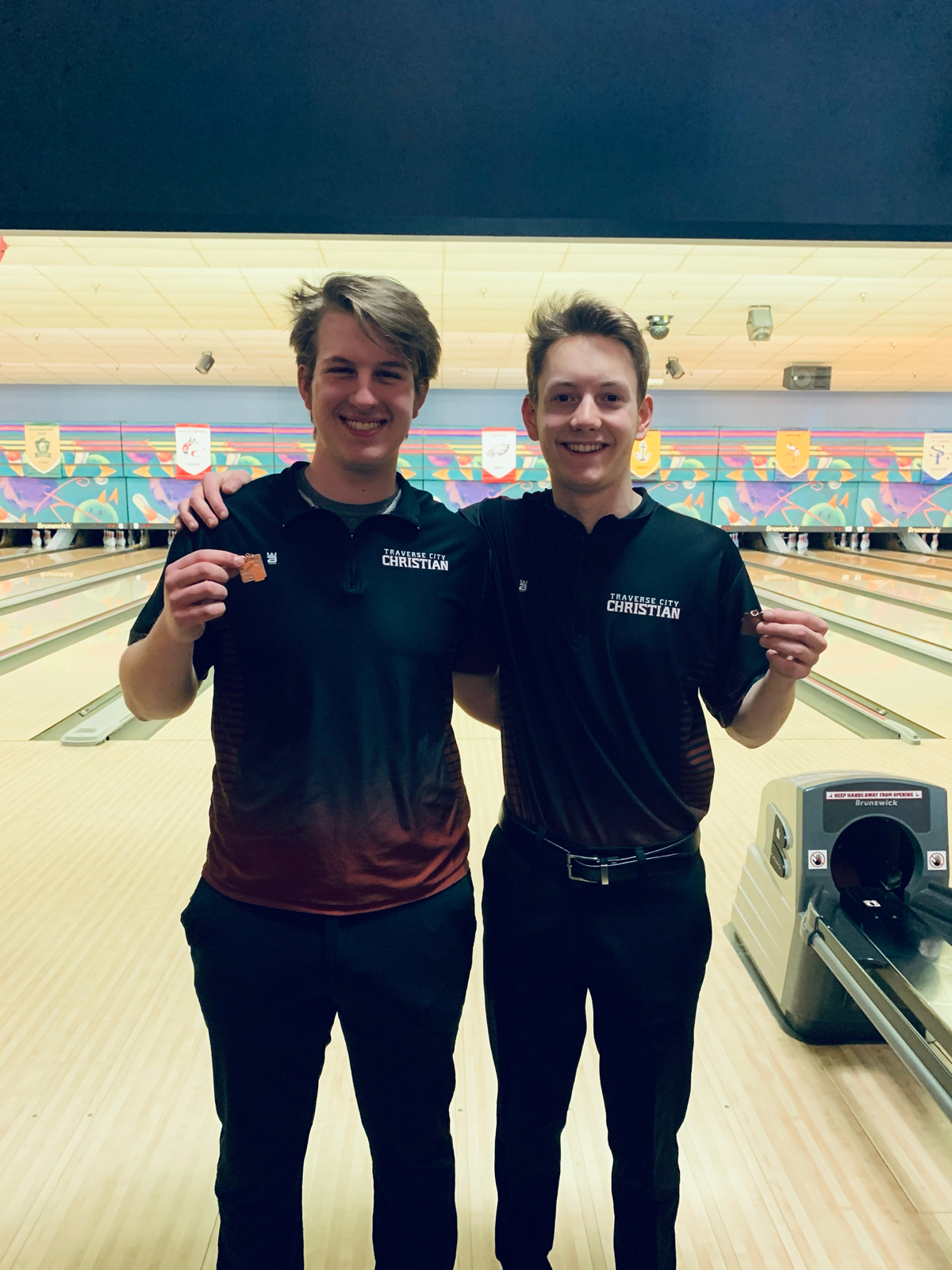 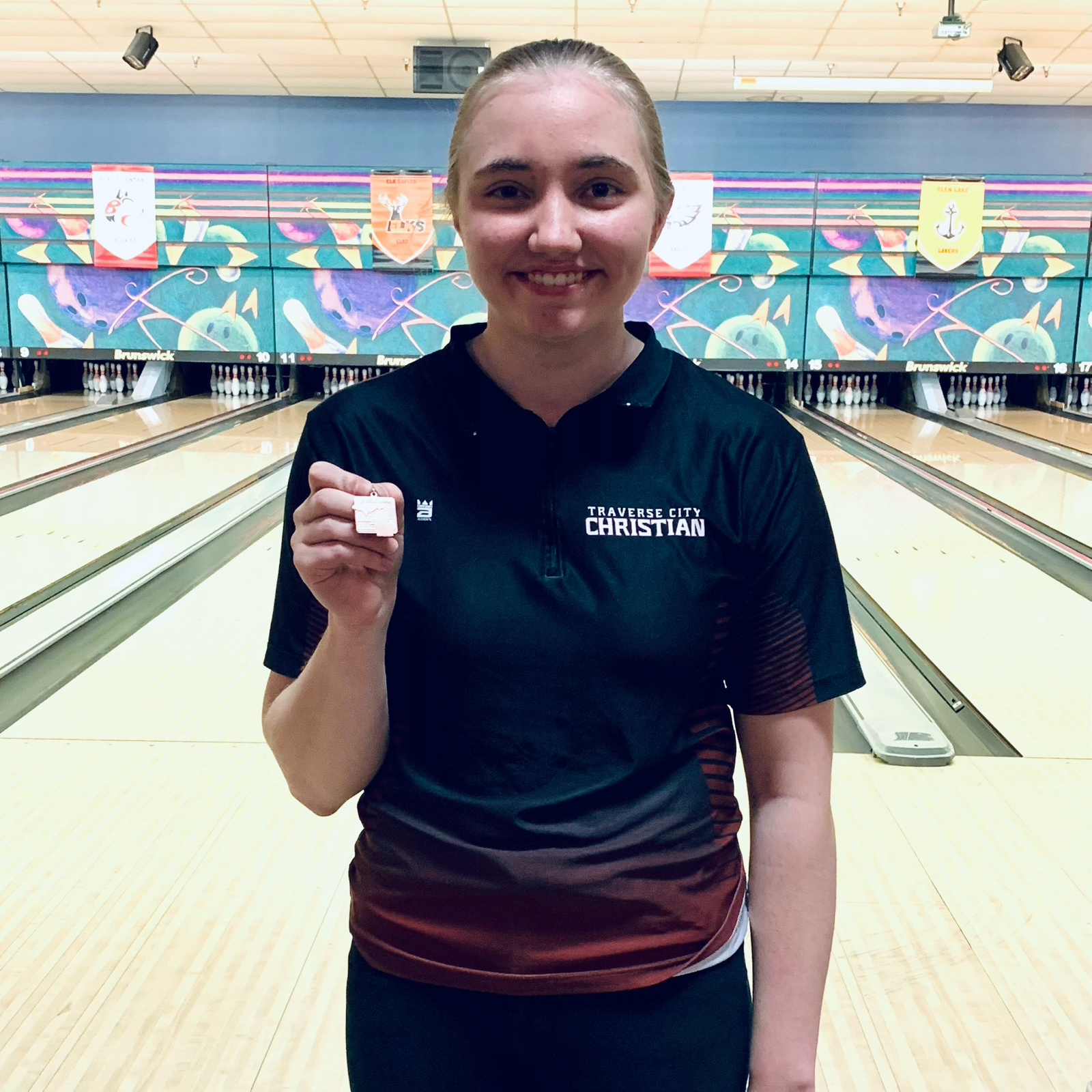